We continue with day 4 of our Gay Games coverage at Paris 2018, with rainbow reporter JK on the scene taking a timeout with Guus Voogt of Waterproof. Guus talks to us about his love for all things aquatic and being on the Dutch water polo team; he’s The Dancer, from game time to party time. In the evening he’s off to the picturesque Rosa Bonheur Café for drinks and dinner with the water polo teams. 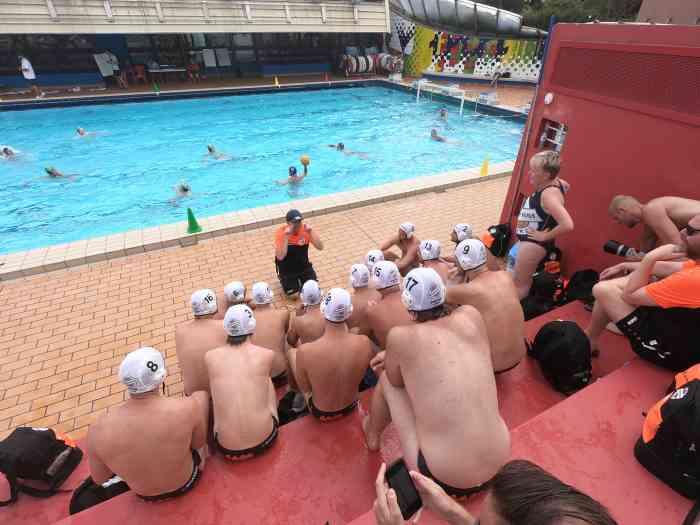 Waterproof Team 2 (recreational team) had a very early game at 08:30 against London Orca, and the Dutch boys were victorious with a final result of: Waterproof 9 – Orcas 2. It’s the early team that catches the win!

Waterproof Team 1 had a game scheduled at 15:00hr, so in the meantime, JK takes time out to chat with Guus. 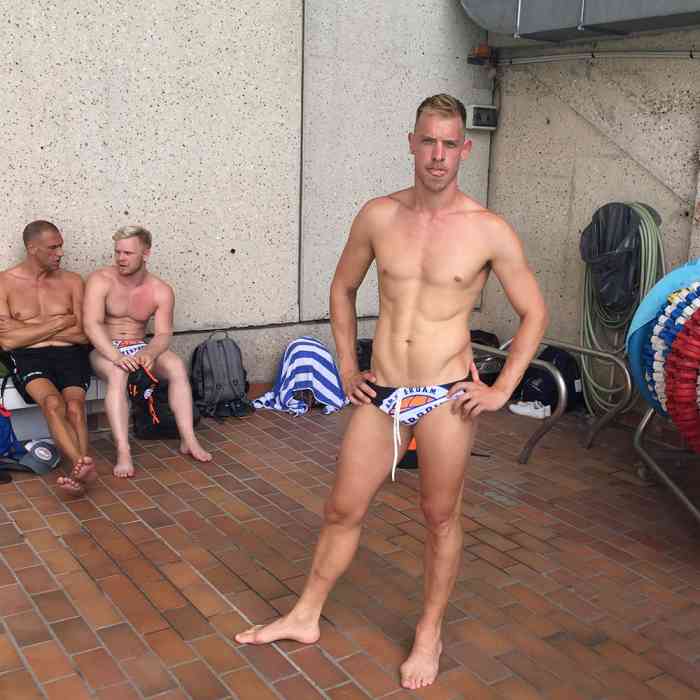 Guus is tall, blonde, outgoing, confident, friendly, a total Aries and a natural leader, who has recently rediscovered his love for swimming. As a kid he did sports and loved swimming, dance, and horse riding. At some point he had to make a choice and focused more on horse riding than swimming. When he started to take performance sports seriously, he had to choose between dancing and horse riding, as doing both was putting too much pressure on his back. Guus chose dance over horses, and is now the all singing, all dancing all acting performer, that we know and love today.

In March of this year, Guus decided to return to swimming. It took him a few months to build up confidence, and get back into being a good strong swimmer. Although it took some time, we can definitely say, he looks pretty comfortable in the water now. 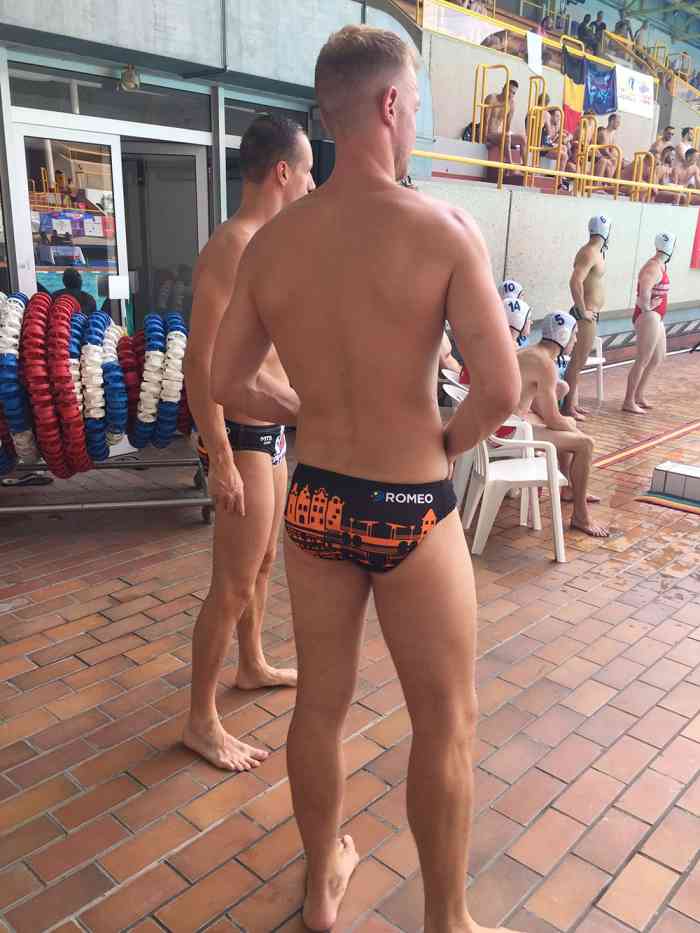 a Brief Q&A with Guus Voogt

Before his game against the Belgium gay water polo team Mannekenfish, we asked Guus a few choice questions:

Whats the perfect game for you?

“I know it sounds a bit like a high school musical and cheesy, but really for me, it’s when the whole team works together and has a good time. I love my team.”

Are Mannekenfish your friends because they live close, or your sworn enemies because you know, history and stuff?

“Well they are our friends, and we know them very well, but today they are our enemy. We will play our best and lets see what happens.”

How are the French boys treating you?

“Well, I actually haven’t had any French boys yet, I kinda skipped them for the UK and Down Under.”

Dutch fans can read more about weekend hunk Guus on Out.tv and for those looking for a little eye-candy, follow him on his Instagram.

Back to the Gay Games

As reported earlier, Mannekenfish organize great parties and they train hard. Waterproof know the team well and are really hoping to make an impression on their Belgian neighbors. They have been so focused on coming to the Gay Games and getting as fit as possible, that today’s game is bound to phenomenal.

Of all the fans in the stadium, the Waterproof supporters were beyond a doubt the most vocal, cheering with love in their hearts and clapping loudly to encourage their fellow teammates. Friends, family, boyfriends, and lovers, all wearing bright orange and making a fun filled ruckus. 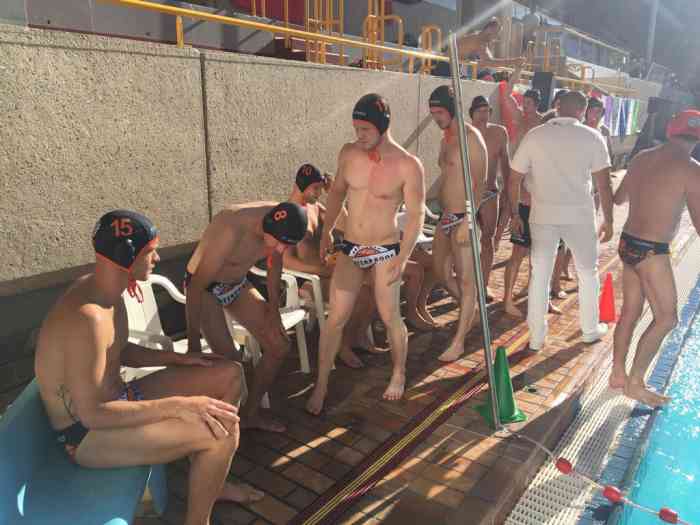 In the 3rd round, Daan is subbed out and leaves the pool panting for breath. His teammates all move up one seat to make room for him. The sun continues to beat down on the Piscine Georges Vallerey. With the roof pulled back, the light spills in reaching every corner of the venue. 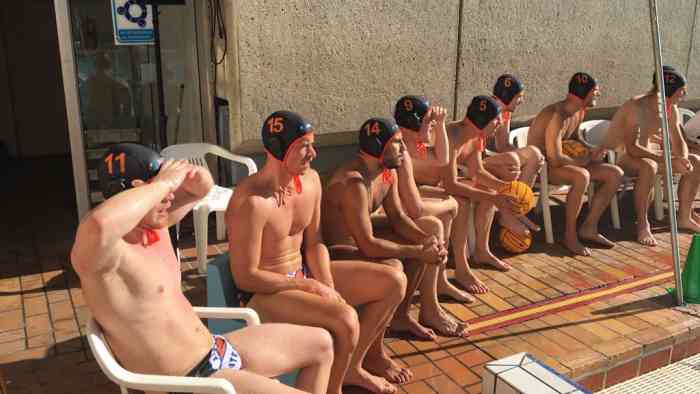 Four hard rounds of water polo were played, subs were sent in and players were given time to rest. The Waterproof players were fierce and powerful, as they tried again and again to score against the Belgian team. Sadly, the cheers and the encouragement of the fans were not enough to help our boys secure a win. The final result: Mannekenfish 9 – Waterproof 3.

As the game ended, the players escape the pool. In a show of excellent sportspeopleship, they all walk past each other and exchange congratulations, kisses of gratitude and commiserations poolside. Both teams have the dignity to know when the game is over; the friendship is still alive and well.

Congratulations to Mannekenfish, and now on to the after-party! 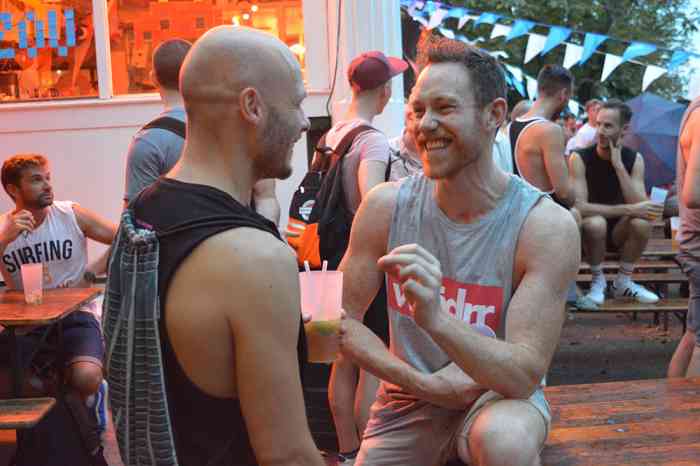 That evening, a water polo party was arranged at a very exclusive and highly popular gay venue Rosa Bonheur. For our Dutch readers, it’s like a fancy Blauwe Thee Huis, a café in a park, with inside and outside areas. The entire park was closed, and only water polo players with Gay Games accreditation cards could get in. A whole park in Paris closed off, just for us! How special and wonderful to be treated like royalty. 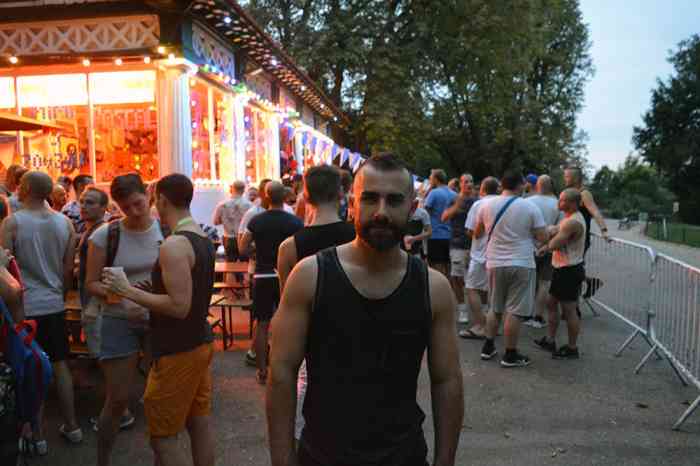 Rosa Bonheur is a very hip café, or guinguette, where the staff are gorgeous, and queer, the food is simple but tasty, and the bar is hopping. We arrived around 7ish, as the sun set over Paris. More and more athletes arrived, until it was wall-to-wall muscle and smiles. After a long and exhausting day, the Waterproofers were finally able to take a moment to celebrate the win of the Team 2, and drink away the losses of the Team 1. With two game days behind them, and possibly three to come, many Waterproofers took it easy and headed home early; with the exception of 1 or 2 of the more adventurous teammates, who strayed deep into Le Marais for a taste of Down Under, and a comfortable bed. 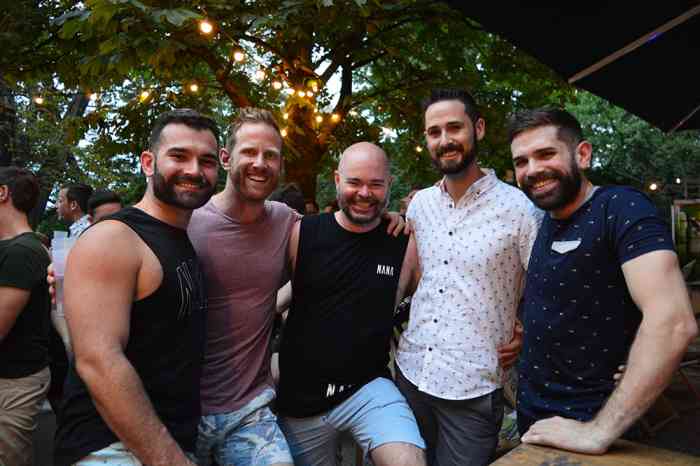 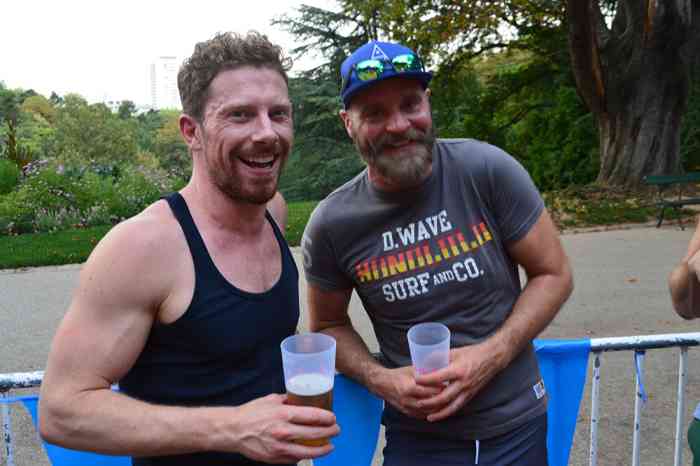 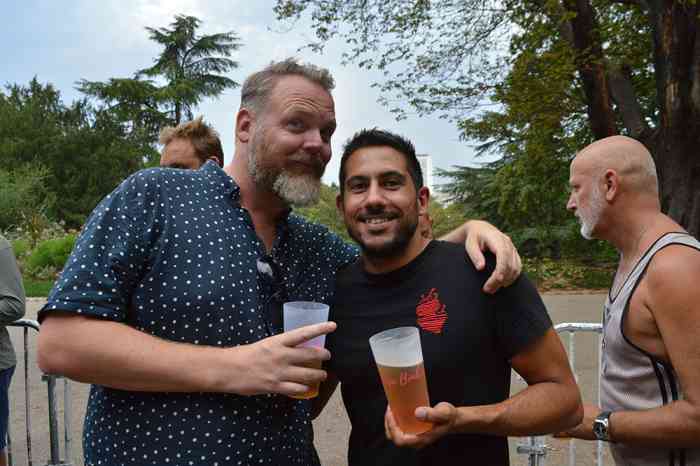 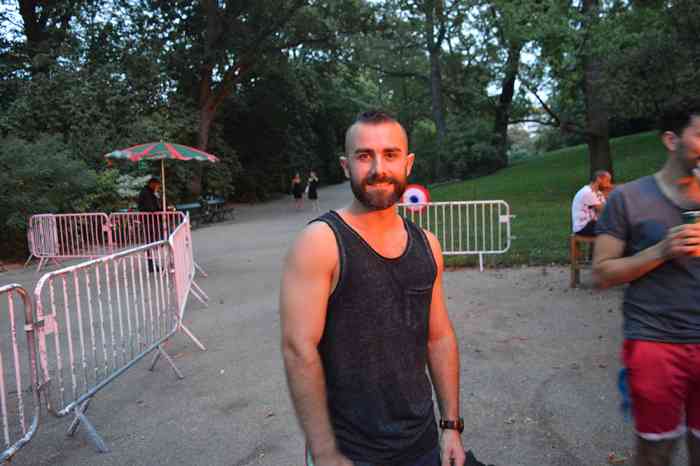 Stay tuned, as JK will be back tomorrow with more fun and adventures from the Gay Games in Paris! 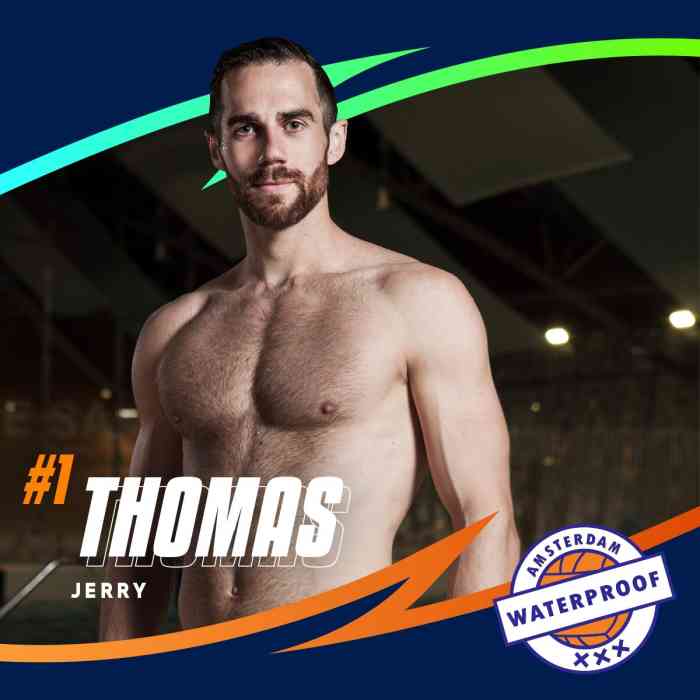 Gorgeous Guus showing off just how flexible he is via GIPHY